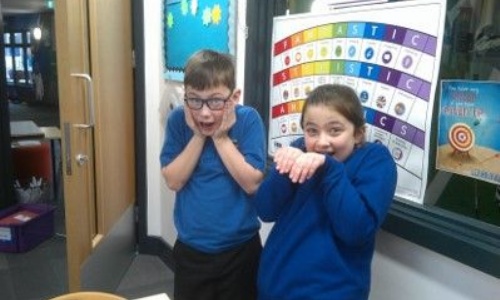 Year four have been reading a new book called Aladdin and the Enchanted Lamp by Philip Pullman. We have been using this for our chunking but this week have also taken part in some drama activities.

We got into role as ‘Aladdin’ after he was betrayed by his ‘so-called Uncle’ and was left abandoned and vulnerable inside the cave. Being alone in the dark, the children imagined and brainstormed what might be lurking in the depths of the cave.

We went under our tables to try to get into character and feel what it would be like to be in a small space. We became Aladdin in the centre of the lonely cave and thought tracked the central character by focusing on the elements form our FANTASTICS – Feeling, Asking, Noticing, Touching, Action, Smelling, Tasting, Imagining or Checking.