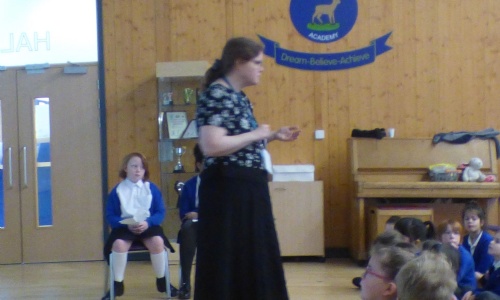 When Clare Elson (Mrs Elson) was young, she had a dream of writing a book. She spoke to her father  about her dream and he said just go for it. So she did. Later on in her life, she met a young lady named Sue Prosser (Mrs Prosser) who was really good at drawing and they  joined together to try and complete her dream. They started their work, Mrs Elson would do the writing and Mrs Prosser would do the illustrating. As a child, Mrs Elson had a note book full of story ideas that she had collected and she wrote a story in coordination with Mrs  Prosser called:The Garden Adventures of Rosie Red. Mrs Prosser drew the  pictures for the book that they they created (see pictures attached below). Later on they decided that they wanted to publish it for everyone to read. After sending the book to seven publishers, they decided on one of them. They sent it back and forth over and over again to the editors and publishers to make sure it was just right. Mrs Prosser used to doodle in her sketch book during meetings, which ended up looking like stunning drawings. She also drew whilst doing chores at home. Years later, they wrote the whole book and said to the publishers they were happy with the results. They are waiting now for the book to be published and will look forward to seeing the finished product.

So when asked about a nugget of wisdom to help the children in their future, Mrs Prosser said that you could do anything if you put your mind to it.