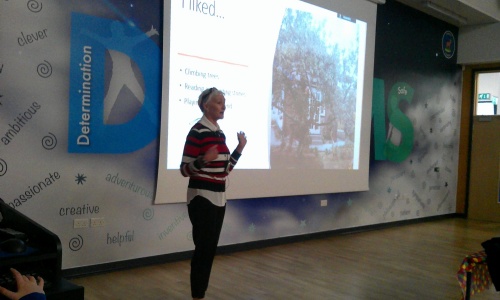 Today we had a Dream catcher assembly and a lady came in named Pam Pellen. She is a creative producer and a drama practitioner, who was born in South East London. When she was younger she liked to climb trees, read and write stories and play let's pretend. She also wanted to be a cowboy or an Olympic swimmer because people who did this had inspired her to do it too. However, her love for drama changed that. When she moved on to secondary school there was no drama for her to participate in except school plays (she went to an all-girls school). Since her love of drama grew she decided to become a drama teacher when she grew up. When she taught drama she was very upset that boys didn't want to participate in drama. At one point in her teaching industry she was going to give up teaching drama. However, with the help of all the staff that worked with her motivated her to keep on going. A quote from her father was ‘keep on going and others will follow’. She stated that reading helped her when growing up.