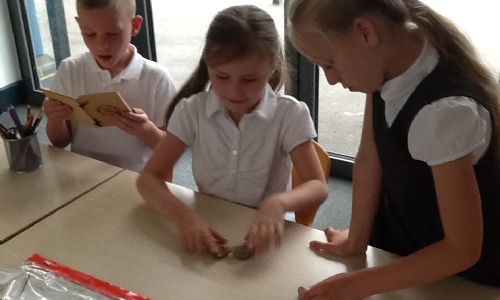 Year 3 have done well getting used to all the new routines in Key Stage 2. We started as we mean to go on with our school awards - last week we won the attendance award and this week Henry the Hoover! We want to win the reading challenge too so keep trying to read at home as much as possible.

We have now completed ‘Boot Camp’ during which we revised skills already learned in Maths and Literacy. As part of our topic on ‘Ruthless Romans’ we studied Roman artefacts, thinking about which objects they may have come from and what they might have been used for. Some of these were more difficult to work out than others, for example an oil lamp which looked a lot like a large spoon!