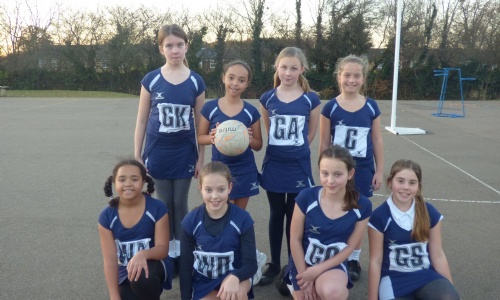 A huge well done to our greta netball team who played in the Stevenage Schools' tournament on Tuesday this week. The A team played in a round robin event playing against the top six other school teams from across the town. This included many larger schools. Our girls won the first two games, scoring fourteen goals and only conceding two. We then lost narrowly 4-3 to Peartree School and were beaten by Knebworth and St Vincent de Paul. In the final game, our girls drew 6-6 with St Margaret of Clitherow School who this year won the Stevenage league. This was a great performance and a great way to finish the season. It was a wonderful tournament and we are very proud of all eight girls (pictured above) who have been terrific competing at this level all season.