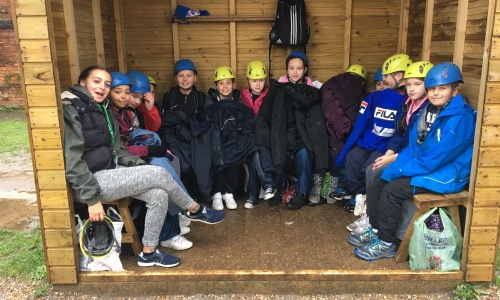 Lunch was heartily devoured by all and then refuelled and refreshed the groups headed out for their final activities of their holiday. Group N descended into the caving system and managed to all find their way through the system without managing to lose anyone. Fears were overcome and all exited with more than they entered with. Group M then drove the Go Karts on a rather wet track. Apparently they were quite safe driving, with only the odd skid / power-slide from one or two of the boys!

Excitement then reached a crescendo as Disco time was looming large. Frantically organising their outfits, fitting in showers and make up sessions as well as preparing for the grand depart, seemed to fly by and before we knew it the disco was in full flow.

Well it seems to have flown by and with only our session on the Beach in the morning, before we know it, we will be heading back to Stevenage.